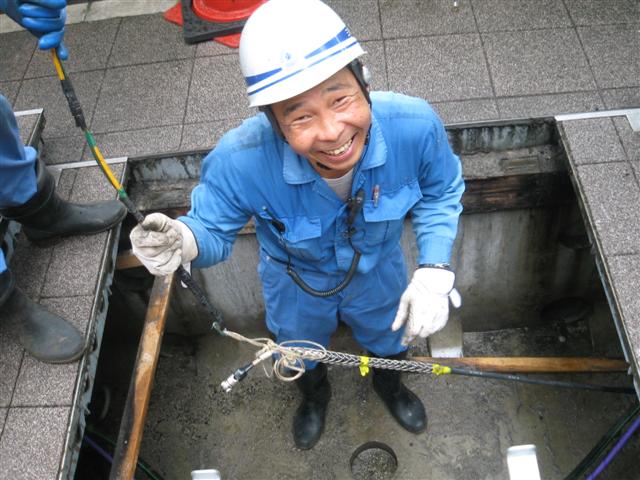 You think Americans are into fiber for their cereal? Where fiber really counts is in the streets. In the US, the majority of consumers use internet access via a cable television company. The most predominant must be Comcast. Of course there is a lot of DSL as well as it allows broadband over a standard telephone.In Japan, we’ve got DSL but what we really have is fiber. Commonly known as FTTH (or fiber to the home). It is in the streets as you can see by the picture above. It is commonly available to both the consumer and to the office. With speeds of 100 mbps. Great!An expert recently said that Japan and Korea have the best broadband in the world right now. Japan actually has the cheapest broadband to top that on a per packet basis.